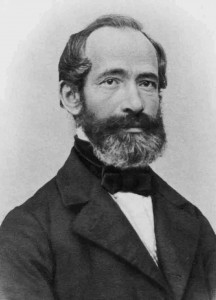 Ernst Abbe (1840-1905) graduated from Gottingen University in 1861, joining Jena University in 1863. He became Professor of Physics in 1870 and Director of Astronomical and Meteorological Observations in 1878. In 1866 he joined Carl Zeiss as Research Director to establish in 1873 the mathematical theory of microscopes. Instruments could then be made more scientifically utilising new types of glass.

Otto Schott (1851-1935) came of parents who ran a small glass works in Mitten where, after studying Chemistry, he worked in the basement, researching scientific methods of glass production. Around 1880 Schott approached Abbe to test a small batch of Lithium glass. Although still containing striae and bubbles, Abbe realised it was exceptional and set up a new laboratory in Jena during 1882. In 1884 Schott and Genossen Glaswerke was founded to develop new types of optical and heat resistant glass. 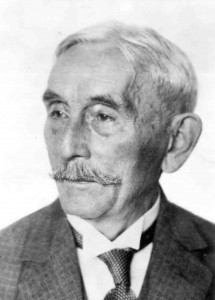 Fick approached Abbe, as a leading optical expert, to make his contact shells and Abbe delegated the calculation of these to 20 year old Moritz Von Rohr (1868-1940). In 1908 Von Rohr worked with Swedish ophthalmologist Allvar Gullstrand to develop better spectacle lenses. Von Rohr used contact lenses to make himself ametropic in order to test the effect of corrective spectacle lenses. In 1911 the Zeiss company started the production of contact lenses and produced their first fitting sets the following year. In 1916 Zeiss introduced the first set specifically for keratoconus and during the 1920s they supplied trial sets of first 4, then 21 and eventually 30 glass scleral lenses. Zeiss made various attempts to produce glass corneal lenses in 1912, 1923, 1932 and the early 1960s. The lack of success was due to inherent problems with the glass. 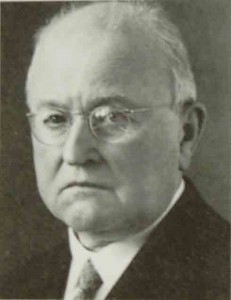 Hans Hartinger (1891-1960) was the head of the Zeiss Department for Visual Aids and Medico-Optical Devices 1926-1945, publishing widely on scleral contact lenses. With Ferdinand Fertsch he applied for a US patent on 6 June 1931, granted on 8 August 1933 (1,921,971 Contact Glass concerning a spherical transition curve between that of the haptic and corneal parts to reduce the cornea -lens clearance). Another US patent by the same authors, granted on the same day, utilised a conical transitional zone. Zeiss interest in contact lenses declined in the late 1930s, resuming when it took over the firm of Wohlk Contact Linsen about 1990. 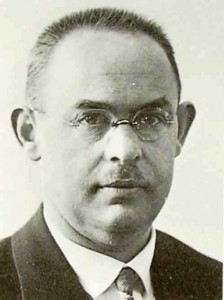