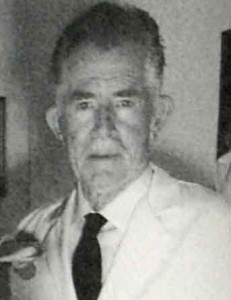 Robert Klark Graham (1906-1997) was a US optometrist who developed the CR39 material to produce plastic spectacle lenses with greater scratch resistance, anti-reflection coatings and also colourless UV absorbers for spectacles. He worked with Bausch & Lomb and Univis and recognised the need for unbreakable spectacle lenses. Graham therefore opened the Armorlite Laboratory in Pasadena in 1947 as well as a contact lens only practice. He worked with Feinbloom on contact lenses and LVAs and was ophthalmic consultant to Tuohy on the corneal lens, presenting this development to the American Academy of Optometry. He was Professor at Berkeley 1948-1960, developing their first contact lens clinic. He followed Neill as the second Chairman of the AAO contact lens section.

Graham was born in Harbor Springs, Michigan, the son of a dentist. He initially studied singing before turning to optometry, gaining his degree in 18 months from Ohio State University. In the 1960s he worked with Bausch & Lomb on soft lenses and with other researchers on hybrid lenses. He started the Repository for Germinal Choice Sperm Bank in 1963 which featured Nobel Prize winning donors.