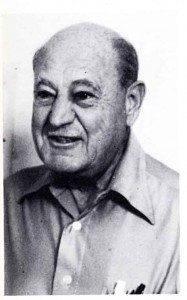 Philip L. Salvatori served in the US Army Medical Department as a surgical assistant and in the US Navy as a pharmacist’s mate. He had a short spell as professional boxer, studied for two years in Rome and spent two years at the New York Business School. He then had a brief period as secretary to an ophthalmologist before becoming an ophthalmic dispenser and setting up his own firm in New York. In 1935 Salvatori became founder and first President of the Society of Dispensing Opticians USA. He wrote A Scientific Method of Fitting Contact Lenses in 1947, The Story of Contact Lenses in 1960 and was co-author with Obrig for the third edition of Contact Lenses in 1957.