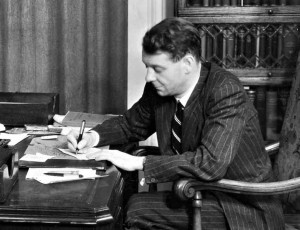 Keith Graham Clifford Hall was born in Cambridge and educated in Surrey. He left school at 17 and soon after happened upon a job advertisement for an optician’s apprentice in Bracknell. He studied for his FSMC at night school, qualifying in 1931.

Clifford Hall began fitting contact lenses in 1934 and set up the first UK specialist contact lens practice during 1945 at 139 Park Lane in London. He soon moved to larger rooms next door and here he saw patients from all over Britain as well as from other parts of the world. His technique used scleral fitting shells which were modified with wax prior to machining. He also worked with the original Touhy corneal lens. 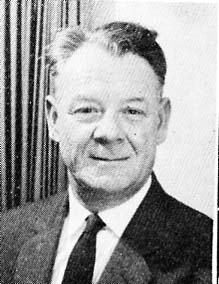 Clifford Hall met Frank Dickinson in 1939 on board the Queen Mary on his first visit to the US to visit Theodore Obrig. They collaborated on the first UK book on contact lenses in 1946, apparently written during the course of a single weekend spent in the Lake District. Clifford Hall wrote the more practical chapters.

He made two more visits to the US where he learned various American methods of contact lens fitting. He also visited numerous other contact lens laboratories and clinics around the world, including those in Germany, Brazil and Russia. After WWII he was asked to go over to Norway by the Norwegian Ophthalmologists, as they wanted to start fitting contact lenses for their large number of keratoconic patients. They could not ask the Germans for obvious reasons and America was too far away. From about 1946 he visited practices in Norway and Denmark about three times per year spending about 4 weeks per visit in Norway and 2-3 weeks in Denmark fitting lenses and teaching fitting techniques to the local ophthalmologists.

Clifford Hall predicted the advent of both soft lenses and disposables as early as 1948. He had planned to visit Otto Wichterle in Prague just before his untimely death 1964. He was awarded the Herschel Gold Medal of the ISCLS in 1958 and was joint Vice President of the Contact lens Society with F. A. Williamson Noble in 1946 and President in 1963. The Clifford Hall family donated his papers and research notes to the Contact Lens Society which established a memorial collection in the then BOA Library; this is now the BCLA Library at the College of Optometrists. A green plaque was officially unveiled on 30 April 1997 at his old rooms at 140 Park Lane.

An Introduction to the Prescribing and Fitting of Contact Lenses, Dickinson and Clifford Hall, London 1946.