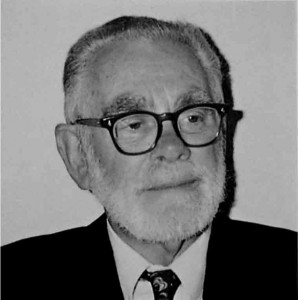 Irving Fatt was born in Chicago and began his studies at the California Institute of Technology before serving in the US Air Force between 1942 and 1946. He completed a degree in chemistry in 1947 and gained his PhD in 1955. He joined the faculty at Berkeley University in 1957.

Although Irving Fatt is best known in the UK for his work on contact lenses and physiological optics, he had distinguished careers in the US in chemistry and in petroleum, mechanical and bio-engineering. His seminal work in the 1970s on developing methods to measure oxygen tension produced the universally recognised unit for oxygen permeability which bears his name. This was a natural progression from earlier studies of oxygen transport in blood and diffusion coefficients in haemoglobin. His concepts gave the contact lens industry the rationale to develop successful modern gas-permeable and soft lens materials.

He lived in London in the 1970s and 1980s and much of his research work was carried out with Jennifer Chaston at St Thomas’ and Judith Morris at Moorfields hospitals. The original polarographic cell, which was used for ground-breaking studies on oxygen tension, is now in the Contact Lens Collection of the College of Optometrists Museum. Whilst in the UK he was an editorial consultant to The Optician and lectured extensively, becoming a familiar figure at most contact lens meetings.

Fatt produced over 200 publications and several patents. Amongst his numerous honours were the Charles F. Prentice Award, the Founders Award from the American Academy of Optometry, the Herschel Medal of the ISCLS in 1995, the Ruben Medal of the International Society for Contact Lens Research, a Gold Medal from the Association of Contact Lens Manufacturers and the BCLA Medal from the British Contact Lens Association in 1994. The first Irving Fatt Memorial lecture of the BCLA was given in 1997 by Dr Philip Morgan.