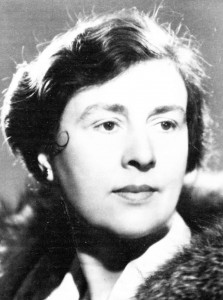 Ida Caroline Mann studied at the London School for Medicine for Women and at St Mary’s Hospital in London, qualifying in 1920. In 1921 she was instrumental in introducing the slit lamp to England. She became ophthalmic surgeon at the Elizabeth Garret Anderson Hospital from 1922-1925 and by 1927 she was appointed assistant surgeon at Moorfields where she worked until 1949 as a senior surgeon. She became Professor of Ophthalmology at Oxford in 1945. Thus she was the first female professor of Ophthalmology and the first female professor of any subject at Oxford. Because of her husband’s health she moved to Australia in 1949 where she held a number of hospital and government appointments.

Ida Mann became interested in contact lenses during 1928 after attending an international ophthalmology conference in Amsterdam. By 1932 she had become dissatisfied with the current contact lens methods and criticised the ‘afocal method of varying corneal and scleral curves.’ In 1937, at the suggestion of Gerald Hamblin, she travelled to Hungary with Rugg-Gunn and Williamson-Noble to evaluate the work of Dallos. Later that year Ida Mann persuaded Dallos to come to London and the first contact lens centre in England was established at 18 Cavendish Square, London.

Under her direction, Moorfields began to supply contact lenses on a research basis during 1937. The following year Mann suggested that 25-30% of patients might achieve about 8 hours tolerance with carefully fitted Zeiss lenses. With even more accurate fitting some individually fitted lenses might be worn for the full day. She reported on one patient who had worn lenses for 36 hours with no pain or redness. 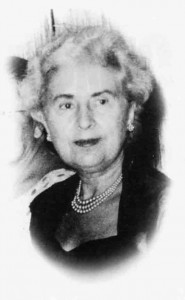 In 1944 she married Professor William Ewart Gye, Director of the Imperial Cancer Research Institute. In 1948 they emigrated to Perth, Western Australia, because of his deteriorating health but Ida Mann did considerable work on the eye conditions of the local aboriginals. She remained in practice here until 1976.

In 1950 she was made a CBE for her work at Moorfields and in 1980 became a Dame of the British Empire.

The Development of the Human Eye, British Medical Assoc. 1928.

Ida and the Eye: a Woman in British Ophthalmology, edited and abridged by Elizabeth Buckley, Parapress 1996.