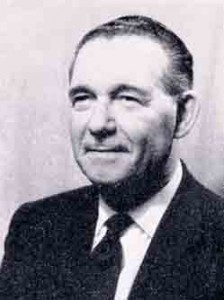 Herman Treissman did his medical training at St Bartholomew’s Hospital. He gained his FRCS in December 1936 and DOMS 1944. He became House surgeon at the Nottingham and Midland Eye Infirmary, Clinical assistant at the Royal Westminster Ophthalmic Hospital and Chief Assistant at Moorfields. He was also honorary ophthalmic surgeon at the King Edward Memorial Hospital, Ealing and co-author with Edmund Plaice of Principles of the Contact Lens. Here, in 1946, they stated “It may be mentioned that, in the opinion of the authors, the methods devised by Dr Dallos have not, so far, been improved upon.” Treissman preferred the impression method with flush fittings but differed from Dallos in routinely using modified PMMA sclerals.

During World War II Treissman served in the RAF Medical Service as an ophthalmic specialist with the rank of Squadron Leader. He practised at 78 Harley Street. He was joint Secretary with Robert Fletcher of the Contact lens Society and later edited and printed the Contact lens Abstracts. He was one of the first BOA contact lens examiners.

Treissman was tall in stature of almost dandified appearance. He often wore a fluorescein-coloured waistcoat, possibly to disguise any splashes from sealed lenses which were inserted filled with saline or sodium bicarbonate plus a drop of fluorescein.