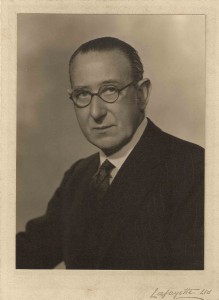 Andrew Rugg-Gunn was born in Wester Ross and spent most of his childhood on Skye. After attending the Inverness Royal Academy, he studied Medicine at Edinburgh University, graduating in 1907. His first post was as a general practitioner in Ullapool. He moved to Newcastle-upon-Tyne in 1910 before being appointed ophthalmic surgeon at London’s Western Hospital from 1912-1951. He was in the Royal Army Medical Corps during the first World War, serving at Gallipoli before being evacuated for medical reasons. He spent the last two years of the war in India where he served as an ophthalmologist to the 16th Indian Division and was promoted to the rank of Captain. 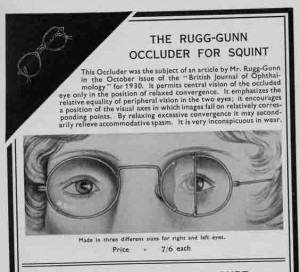 Rugg-Gunn published his first paper on contact lenses in The Lancet during 1930. He was aware of Fick’s earlier work and the then current limitations imposed on optical manufacturers in grinding glass to the required shape. He felt that success with blown lenses was superior but often a lucky accident. 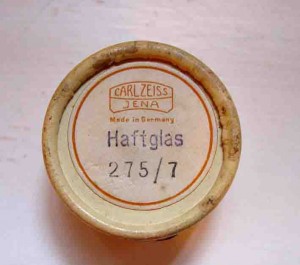 In 1931 Rugg-Gunn used the afocal Zeiss lenses developed by Leopold Heine of Kiel University , Germany, which relied on a liquid lens for visual correction. He anaesthetised the eyes with Holocaine 2% and they were inserted with a 2% saline solution diluted with warm water. Rugg-Gunn suggested that “The prescribing of Contact Glasses is not so much an optical problem as an orthopaedic one. Good vision depends entirely on corneal curvature but comfort depends on scleral curvature and in the last analysis it is comfort that determines whether a glass shall or shall not be worn.”

In 1933, he published a book, Diseases of the Eye, which was a guide on eye diseases for GPs. 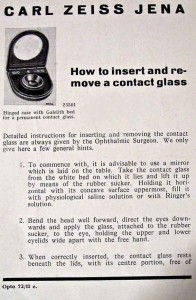 In 1937 Rugg-Gunn, with Ida Mann, Frederick Williamson-Noble and T. J. Philips, visited Dallos in Hungary to evaluate his work on contact lenses and was jointly responsible for the arrival of Dallos and Nissel in London later that year. Rugg-Gunn was also part of the management team of the first contact lens centre at 18 Cavendish Square. He was also involved in formulating the professional guidelines that regulated the fitting of contact lenses by dispensing opticians.

He played an active part in London medicine, becoming president of the Chelsea Clinical Society and participating in the work of the Medical Society of London, the Hunterian Society and the Medico-Legal Society. With an interest in Scandinavian history and literature, he acted as president of the Viking Society for Northern Research. He published Osiris and Odin: the Origin of Kingship in 1940. 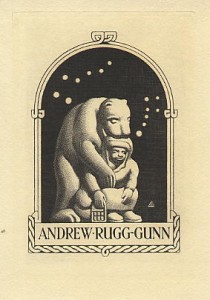 In 1959 Rugg Peak in Antarctica, on the west coast of Graham Land, was named for Rugg-Gunn who in 1934 brought together the relevant data on radiation and protective glasses to improve the design of snow goggles.

‘Some Points in the fitting of contact Lenses’, Proceedings of the Royal Society of Medicine, 25, 478 section of ophthalmology, 13 November 1931.